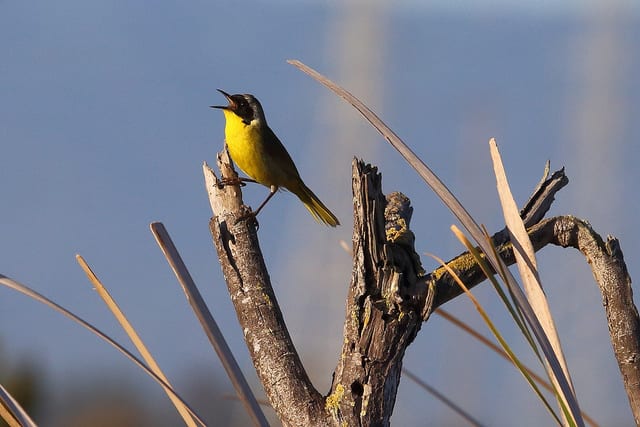 Voice Matters: “Creaking” as a tool for vocal development

“Creaking” as a tool for vocal development? Yes!

Creaking, also known as vocal fry, is using the voice in a way that makes a rough sounding “noise” rather than pitch-centered tone. The best way to find it is by letting your voice go as low as possible (softly) and then descending into a sound, or “creaking” noise, that let’s you go even lower – this will be vocal fry or “creaking.” It should be easy to do and sound like a popping or fizzly-type noise more than a pitch-centered tone.

We often hear people go into their “creak” voice when they are tired, speaking very low, or not supporting the voice well. It’s sometimes referred to as “speaking on the cords.” This kind of vocal production happens when the vocal folds come together closely (almost overlapping) but without much support or breath-pressure behind them. It is unlike modal tone production, which vibrates the folds to produce pitch-centered tone.

“Creaking” has become widely used in recent years by many voice teachers and vocal coaches as a “tool” for strengthening and focusing the modal voice. For a long time it was avoided in studios, as it was considered by voice teachers to be a detrimental vocal production. And certainly, as a mode of vocal production, it is hardly an end result we’d want to use habitually in singing or speaking. You may recall, as one famous example, former President Bill Clinton speaking frequently in that mode, “on the cords” or in vocal fry. There are examples of pop singers who sing in and out of that mode, too. Britney Spears is one example.

Although we don’t want to “live there” in our habitual speaking or singing voices, of late there have been many pedagogical studies and ongoing research that supports the use of “creaking” as a specific exercise to help develop the regular, modal voice. When done in partnership with regular singing exercises, “creaking” can help train the vocal folds themselves to come together more completely, and, as I like to say, “reconfigure the folds” to work more optimally when regular singing (or speaking) tone is produced.

It’s often a good idea to do some “creaking” exercises followed immediately by regular singing to see how that helps focus the tone. Again, the “creak voice” is not the end, but the means to a better end – that end being a more focused core vocal tone throughout the modal (supported, pitch-centered) vocal range.

Creaking exercises should never be difficult or forced. They use very little support or effort. They should first be done very briefly at a time, say 1 or 2 minutes, then rest. They should be started low in the voice and then slowly moved up (optionally). If you are unsure if it’s being done healthily, please consult a voice teacher. If anything feels uncomfortable, STOP; you’re doing something wrong.

Sparingly enjoy this new mode of production in your vocal practicing!