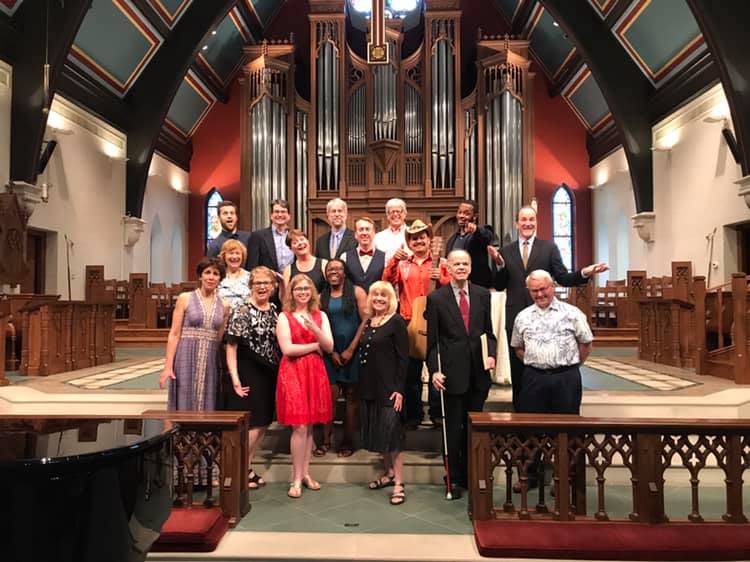 The Spring Voice Studio Recital of Ballard Music Studio at St. Paul’s Episcopal Church was a resounding success! We had the longest and most musically diverse studio recital in 15 years! It featured twenty-one performers, including eighteen singers and three pianists. This was the first recital with the new Sigeru Kawai grand piano. And, it was our first time performing from the front of the sanctuary at St. Paul’s. We had singers as young as five all the way to mid-70s, and songs performed from many genres, including classical, opera, musical theatre, pop, jazz standards, and even a mariachi song.

Below are two group photos from the recital.