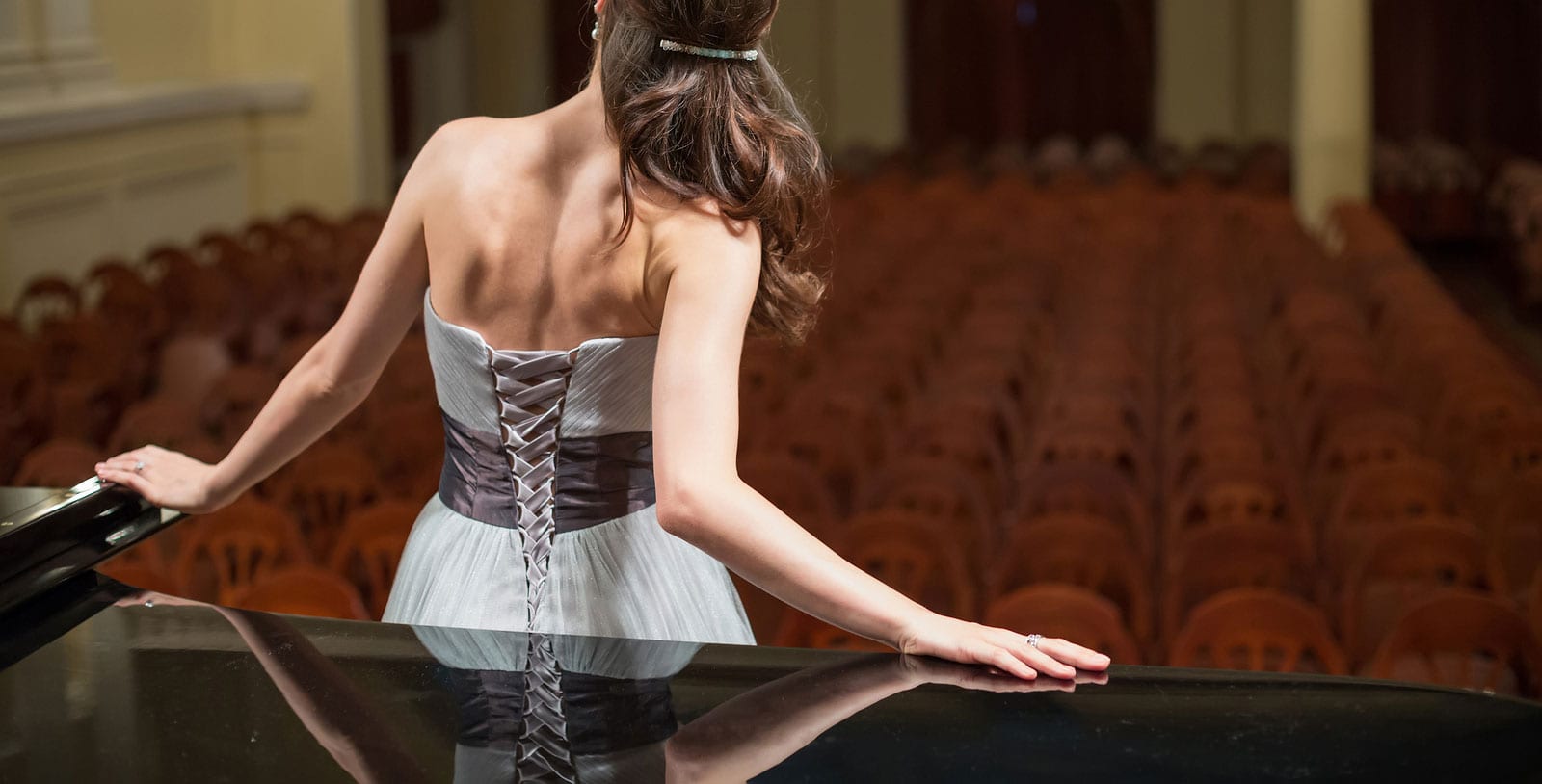 Eight Quotes for the Day

One of the many practical tips for good singing habits, and one that is easy to remember: Plop and tuck.  The belly and lower back release out (plop) on the inhalation; the navel then contracts inward (tucks) toward the spine while singing. “Let go” on intake (let breath “fall in”) and then “engage abdominal muscles” while singing out (feel active work from core).  Do the work while singing, let it happen while breathing.  The vacuum fills (no work) while breathing in; this is a very important concept to understand and make habitual in mastering fine singing.  And also very important on the inhalation (plop): it should never be audible. Quiet, low, automatic inhalations followed by core-centered activated tucks during tone production. This is breath support in a nutshell.

“When in doubt blow it out”

Another one of the practical tips for good singing habits:  When in doubt, blow it out.  Make sure you’re releasing tone on adequate breath flow especially if there is noticeable tension or if in doubt about tone production. Lip trills are great for this.  Generally, if tone is tight, then check air flow; often more air should be released; if tone is breathy, then the vocal cords are not activated enough at the onset (like a leaky valve).

“The higher you go the more you blow”

“Let the bucket descend to the bottom of the well — Pick up the bucket full of water” (another popular quote from Ballard Music Studio!)

Visualize the breath intake descending like a bucket (by gravity) to the bottom of a deep well (a plié can further enhance the response).

Visualize the bucket(s) full of water being gently pulled back up while singing (standing up with the full buckets being held from each arm).

Judging yourself and caring about what you think others may think can interfere with vocal freedom / Just let go and do it! “You’re not being directed or judged in this moment; let your voice emerge unimpeded.” If you’re practicing and worried about people hearing you or what they may think, then it affects your vocal freedom. Find a place where you can practice with complete abandon so that you can learn to do that more and more without inner voices of distraction regardless of where you sing.

“Don’t think too much”

Overthinking is common and often the antithesis to a more holistic sensory awareness needed for optimal tone production.  I see students thinking hard and being real serious before they make sound, when making sound should be as natural as speaking when it’s done well.  Remember, “singing is energy in motion, best stimulated by E-motion (not too much thought).” Think about it before you sing and after you sing, as organization of the body (before), and analysis (afterwards) are necessary, but at the moment singing is engaged – the onset – get out of the way and let it happen.  Paralysis by analysis is all-too-common.  “Letting go” seems to be the theme of many of today’s quotes!

“Fire and then aim”

Another of the practical tips for good singing habits:  “Fire and then aim.”  This is a way of saying don’t over-control the release of tone. Take a breath and immediately release the tone on the breath. It really can be that simple. When we focus too much on aiming the tone before we release it, tension can set in which affects its quality. The moment when tone is first produced is the divine moment that sets the entire tone and phrase quality in motion. Fire it first without over-listening, over-analyzing, or over-programming. If it’s not optimal, then assess it and go back and fire again. If you’re shooting a basketball, for example, you don’t hold the ball behind your head for a long time before a shot. You set the process in motion, fire (or shoot) and the aim, while programmed, is not over-controlled.

It’s similar in singing. Now, unlike the basketball released into the air (it’s then completely out of control), tone production must be continually “controlled” but that’s another part of the discussion. The firing part is similar in both processes. A Frisbee throw, a basketball shot, a vocal onset. Fire and then aim, or at least fire without the aim being too important or making you tense. The aim should become more automatic as the firing becomes more of a sensory, holistic, physically enjoyed event. Good singing is at least as much about sensory enjoyment as it is about programmed correctness.

This is similar to the concept of fire and then aim. Throw or toss the tone out, don’t hold it back or over-control it, especially during the moment of onset. You could practice starting a vocal line or singing a tone while actually tossing a Frisbee. Natural coordinated physical gestures often help reprogram free vocal delivery.