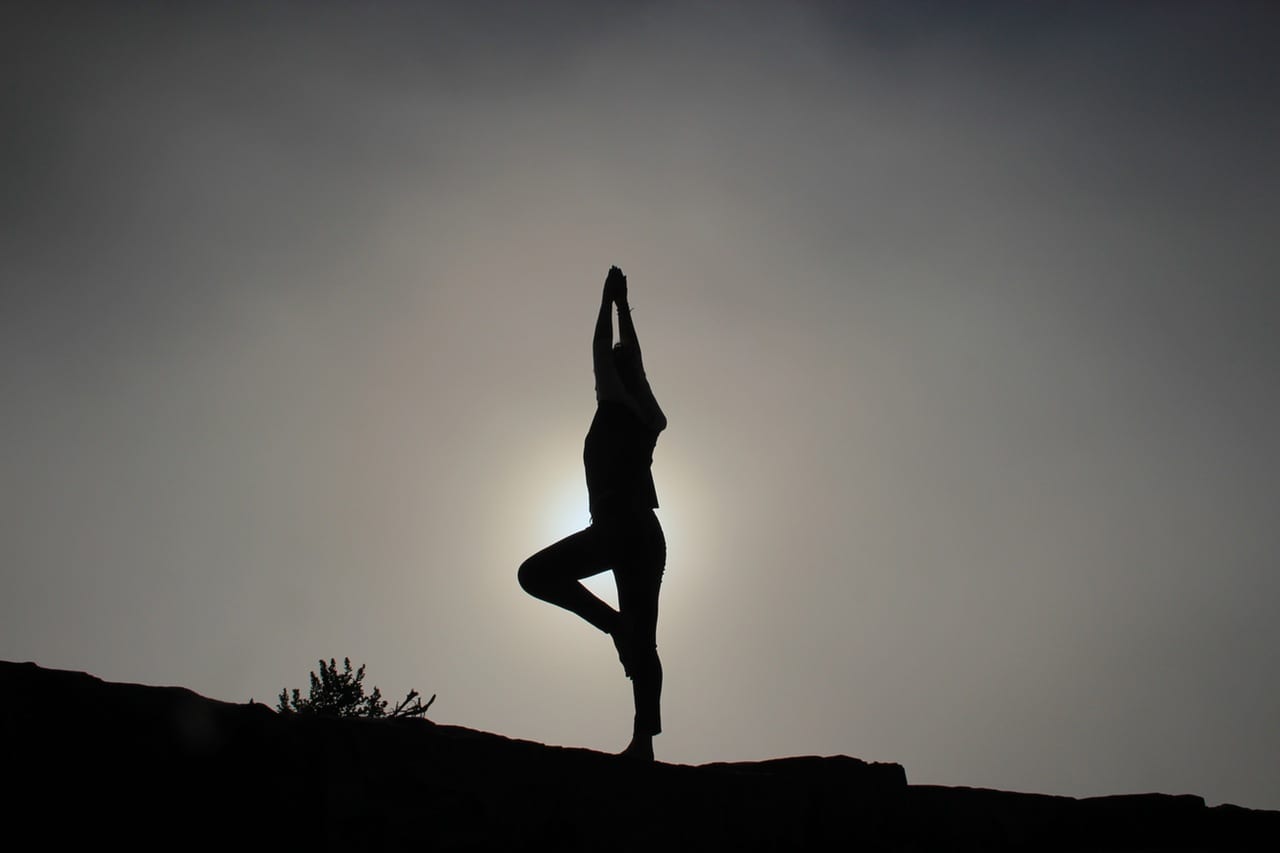 Yoga, especially Hatha and Yin Yoga styles, involves stretching and sustaining postures that help unlock the body, mind, and spirit. Yoga indeed frees the voice! Over the last thirty years, I have been doing various styles of yoga, mostly on my own, but also in class settings. I have focused primarily on Hatha and Yin Yoga styles, which involve gently stretching and holding postures that release tensions in the body – joints, muscles, tendons, and fascia tissues – for more flexibility and functionality.

In Yin Yoga, which has been described by some as “Hatha Yoga with more sustained (holding of) postures,” positions are held for 2-10 minutes which allows deep releasing of the fascia (connective tissues) and increases flexibility in the joints and major muscle groups, especially hips, shoulders, back and neck. Yoga postures, especially Yin Yoga, help activate the relaxation response, the opposite of the flight or flight response, which can calm the nervous system and prepare the body and mind for optimal reflection, clarity, and performance. 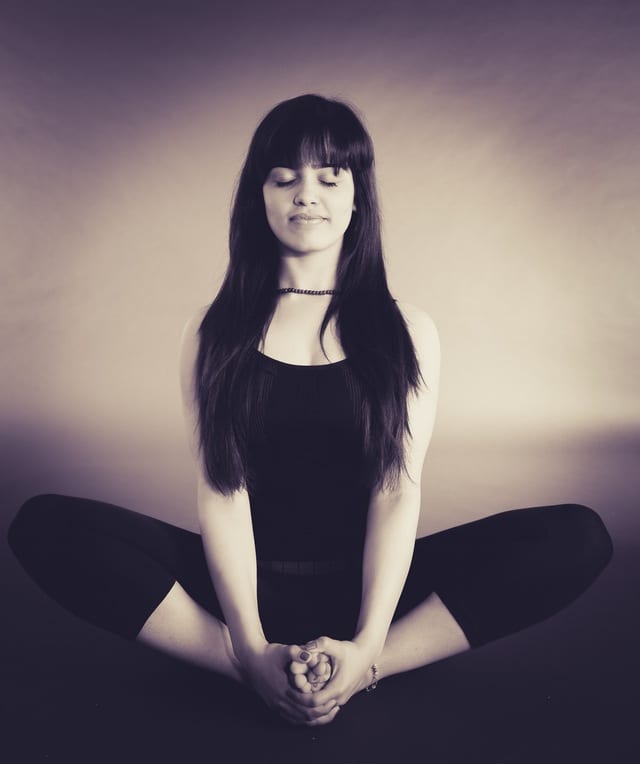 When I first started doing yoga on my own in the mid 1980’s, I was a voice student who was experimenting with alternative ways to free up my voice. I did yoga religiously (not like a religion, though) every day, following a popular Hatha Yoga 28-day plan. I discovered that just by doing these postures as prescribed for a half hour or so per day, my voice was feeling freer, my upper range expanded, and even my speaking voice felt more vibrant and resonant. What I concluded (and I’ve read this in other sources) was that I was unlocking deep tensions in major parts of my body that then allowed the smaller groups of muscles, such as the muscles around the larynx (voice box) to free up as well, not to mention that my breath support system was more coordinated – I was able to get deeper breaths – and this helped with breath management for sustaining longer notes and phrases.

Over the years, I have found several basic postures to be “go-to” postures that I’ve used repeatedly to help free up my voice. These have been the ones most helpful for the singing voice in my experience. These postures I’ve used in my daily practice, on days leading up to performance, and even back stage before performances. Try them out and see what they do for you!

I will categorize them as follows:

For the next several blogs, I will be describing specific yoga postures that I find enormously helpful in freeing up tensions in the body and mind that help release the voice for optimal speaking and singing. The category of yoga postures I find the most helpful for bringing blood flow to the upper body, especially to the shoulders, neck, and larynx are the inverted postures where the head is below the waist. I will briefly describe one of these here.

Bend over from the waist while standing

One of the easiest of them to do is the bend over from the waist while standing (bend and reach gently toward the feet). You can wrap your hands around your knees and pull your head toward your knees and hold, or to get further shoulder stretch you can clasp your hands behind your back as you bend over and pull your arms gently away from you. Go only to where you feel a gentle tug, but not pain or discomfort, and then hold this posture for up to a few minutes. If it is your first time to invert like this, then it’s best to do only 30 seconds or less and then come back up. I would suggest doing this three times in a row with 30 seconds rest between with the goal of releasing a little deeper each time. The longer you hold, the more you will feel the release and be able to go deeper (Yin Yoga style). 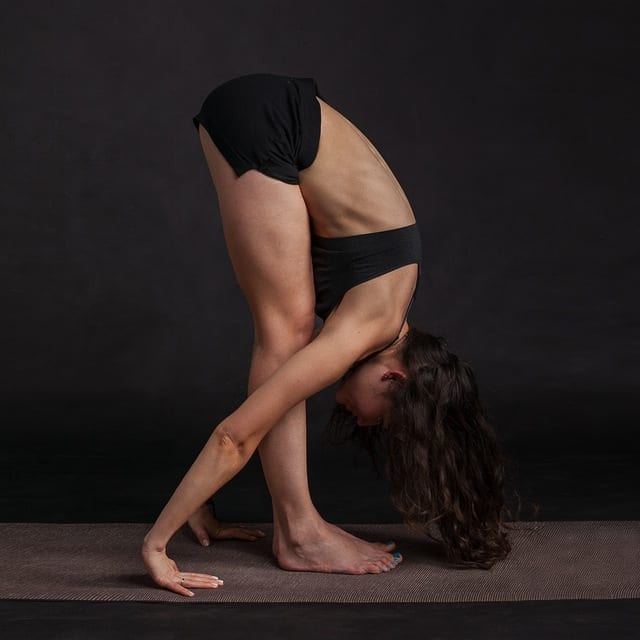 Bend backward from the waist while standing to expand the chest

To balance this posture, you can go the other direction too, getting a chest expansion; so, if you’re bending over with your hands clasped behind you, then go back upright and then lean back (back bend) as far as comfortable while still pulling your clasped hands away from you. Again, go to where it feels stretched but not painful. Hold this stretch for up to 30 seconds or longer, three times with pauses between with the goal of going deeper as you relax and release into the posture.

This combination of bend over with clasped hands behind you, then back bend while hands are clasped helps in releasing shoulder tension, getting blood flow to the upper body, and expanding the chest. This triple action really gives a boost to the areas of the voice that need to be released and energized for optimal singing.

In the next blog, I will discuss other inverted postures, such as the shoulder stand (my favorite) and the head stand (advanced yogis only).